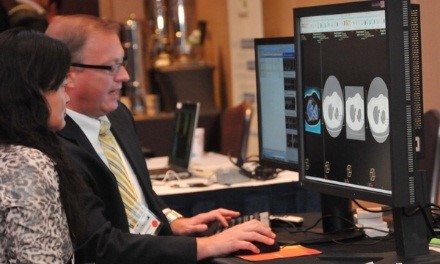 Medical imaging informatics involves usage of digital technology to capture medical images, facilitating data analysis to record and correlate observations, and draws conclusions that play a vital role in the diagnosis of medical problems. The implementation of electronic health records (EHR) in the healthcare industry increases the demand for medical imaging to exchange medical images in the various departments of healthcare settings.

According to the Organization for Economic Co-operation and Development (OECD), North America had an increasing number of imaging procedures for computed tomography (CT) and magnetic resonance imaging (MRI). For instance, in the U.S., 76 million and 81.2 million CT scans were performed in 2013 and 2014, respectively, representing an increase of around 7% from 2013 to 2014. Similarly, MRI scans of a total 1.78 million and 1.87 million were performed in 2012 and 2013, respectively, in Canada.

Furthermore, Europe reported an increase in number of diagnostics imaging procedures. In Germany, positron emission tomography (PET) scans of a total 0.08 and 0.09 million were performed in the hospitals in 2012 and 2013, respectively. Thus, increase in the number of medical imaging procedures, rise in number of installations of medical imaging informatics, and high prevalence of chronic diseases worldwide are expected to propel the growth of the market.

Developed regions such as North America and Europe together accounted for the highest share in 2015 and is expected to maintain their leading position from 2016 to 2022, due to increase in demand for medical informatics technology, high adoption rate of technological advanced healthcare IT systems, well-established healthcare infrastructure, and presence of leading players such as Dell Inc., General Electric Company, Siemens AG, and others.

However, Asia-Pacific is anticipated to grow fastest during the forecast period, owing to large patient pools who require medical imaging procedures for the diagnosis of diseases. Moreover, increase in healthcare expenditure in the region and improving healthcare infrastructure are expected to support the growth of the market.