I was given the opportunity to speak with Jonas Angleflod and Johan Lidenmark of hidn technology to learn more about hidn tempo.

HealthIT & mHealth: What does the hidn tempo wearable measure?

Jonas Angleflod: We measure three metrics. We measure stress, sleep quality and activity, all three combined give us a more complete picture of what’s happening. When it comes to stress markups from a physical point of view, those could be related to physical activity as well. This is why we are measuring physical activity and movement as well to ensure that the stress happening in the body is not connected to any physical activity.

HealthIT & mHealth: How do you determine that the stress in the body is not caused by physical activity?

Angleflod: We are using GSR, galvanic skin response, which basically looks at the changes in the conductivity of the skin. It has been used within psychology for decades now as a tool to help patients during sessions to see if they were moving from one plateau to another, calming down or getting more stressed. But since we can do that in real time, we can actually measure the movement of the conductivity, which is based on how much you sweat and how much your sweat glands are moving. We are looking for a specific pattern which suggests stress and we are looking for changes in where you are on a scale. Since we have an accelerometer, which looks at movement in all three dimensions, we can rule out stress caused by movement. For example, a period without movement for five seconds in which the wearable suggests a stress response, we can conclude that it is an emotional response. The emotional response could be stress, happiness, or any other emotional response. For this reason we also added the ability to ask the user what is happening. What we have seen is that stress becomes a downward spiral, you do not just get one markup and then nothing happens, the stress markups increase in amount in a short period of time. What we see is actually a series of stress markups and when we see that we alert the user that this is happening and they are at stage one. After the user is alerted we ask them what they are currently doing, where they are, and what they are feeling, which could be both positive and negative feelings. It stores the negative feelings related to stress together with the stress markups. The physical and psychological data puts the complete picture together.

HealthIT & mHealth: Do plan to sell the wearable through physicians or directly to consumers?

Angleflod: The plan right now is to sell directly to consumers. We are working on the business model, we have two variables on the model. One is buying the product up front with everything included for eighteen months, the other is buying the wearable as a service during those eighteen months, basically one-eighteenth of the cost every month. We are currently in beta testing and we going to open an even larger user test at the end of the summer. Once we finish that test we are planning to start production. We are aiming to start delivering products at the fourth quarter of this year.

HealthIT & mHealth: What kind of accuracy does hidn tempo have?

Angleflod: The most accurate way to measure stress is to measure the amount of cortisol that you have in your body. However, that would mean that we would have to put something in the mouth of the user in real time, which is not very practical. We are above the ninety percent range when it comes to measuring emotional markups utilizing GSR. We also take away the physical activity in regards to measurements as well as query the user, both of which increase accuracy. 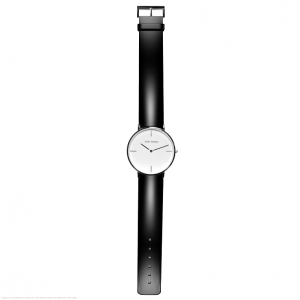