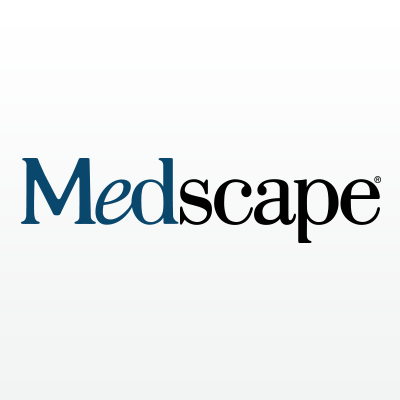 Some musings from the Medscape EHR Report 2014

The humble Electronic Health Record (EHR) has come a long way since Lockheed uvnveiled a clinical data management system circa the sixties. It revolutionized the practice of Medicine. Medscape surveyed 18,575  practicing physcians for a year and these doctors had interesting things to say about how EHR use affects pratice operations and patient encounters.

More than 90% of the physican market has been pentrated by EHRs.

This is because majority of US healthcare institutions now use EHRs and there is a growing number of physicians who prefer being salaried hospital employees than having an independent practice. Hospitals are also buying up private clinics which clearly justifies an increasing trend in EHR adoption.

There is still a small reticent minority (7%) that chooses not to implement an EHR and it would be interesting to know the reasons for non implementation. Is it because they are too expensive where costs exceed benefits or it is it because they impede communication interfering with the Doctor-Patient relationship ?

Hospitals and large physician practices are dominated by the early movers in the EHR space. Epic, Allscripts and Cerner are the biggest players. In fact EPICs adoption is three times its nearest competitor, Cerner.

The vendor market for medium to small practices is fragmented and very competitive. The biggest players in this space are eClinical works, Next Gen and Practice Fusion. Others include Amazing Charts, e-MDs, Aprima, Care 360, and Medicat. One reason for the fragmentation is that physicians enjoy more freedom in choosing an EHR in a private practice setting than in a hospital setting.

There has been a shift in focus from EHRs that simply create an acceptable E&M note to ones that deal with new issues of care, clinical management and patient tracking.

Best EHRs out there

VA-CRPS is rated the best rated EHR for overall end user satisfaction. Practice fusion and Amazing Charts are tied up for second place, while Mdent and e-MDs are tied for thrid.

EHRs have traditionally been difficult to use and they still continue to be so. Some physicians may use multiple EHRs so interoperability may be something for a lot of vendors to think about.

Amazing Charts is popular with small practices probably for its ease of use for which the EHR received the highest rating. Practice Fusion and CPRS are also regarded highly given that ease of use determines phyisican perception and end user experience.

Vendor support is considered a critical component of physician satisfaction with an EHR product because practices cannot afford to lose time trying to work around  EHR problems. Practice Fusion has a freemium business model and is therefore rated highly on value for money. It is followed by Amazing Charts, CPRS, e-MDs and Medent.

Cloud based systems despite their problems with HIPAA compliance offer a more robust support system than a client site stand alone installation. Also it is more expensive for a vendor to send a support technician to the site than to have them work remotely in the cloud with the client to resolve the issue.

VA-CPRS is rated highly for integrated clinical management where all clinical data is presented in a simple easy to use format. Epic came a close second for data integration.Care Coordination demands this connectivity and EHR vendors seem to have recognized the need as well.

Interestingly inter-physcian consults who are not in the same system are probably more clinical discussion oriented and less dependent on EHRs themselves.

VA-CPRS scored the highest in all aspects of use as a clinical tool, including appropriateness of clinical content, ability to support the physician’s workflow, patient services, and patient portal.

Since office workflow and staff management capabilities are not requirements for certification, EHRs are not incentivized to incorporate these features. Being familiar with an EHR leads to a greater sense of satisfaction in using it however there is a general sense of distrust when it comes to an EHR’s ability to guarantee patient privacy. The concern has increased from 17% to 77% of surveyed physicians in a span of just 2 years.

Doctors need to do more homework before they decide on their vendor. A lot of unpleasantness can be avoided if their expectations match vendor capabilities. Physicians may dislike their EHRs but they are less likely to migrate to a new system simply because of their frustration with their existing EHR. Finally, physician training in EHR use needs to precede deployment to reduce workflow errors and delays.