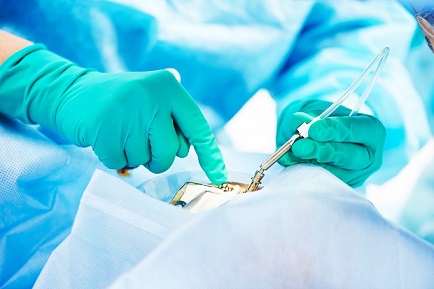 LASIK has become a means many have turned toward to cure their myopia, hyperopia, and astigmatism. Millions of LASIK procedures have been performed, not just in the United States, but around the world, giving people clear vision without the need for contact lenses or glasses.
In most LASIK surgeries, a flap is created in the cornea, the thin clear membrane over the eye. A surgeon then reshapes the cornea with a laser, removing the irregularities that caused the patient’s imperfect vision in the first place. As technology and techniques became more sophisticated, some surgeons began to adopt what is known as wavefront-guided LASIK.
A special sensor is employed in wavefront-guided LASIK, which allows for a more precise sculpting of the eye. In most cases, this produces a more perfectly shaped final result, so long as the reshaping of the eye is absolutely correct.
Not long ago, the FDA approved a new method of refractive surgery – topography-guided LASIK. Europeans have been using it for years already, with largely positive results.

Topography-guided LASIK has a focus on the cornea, unlike the wavefront-guided method which takes into account the whole eye. Sometimes wavefront-guided ablation goes beyond the cornea, encompassing the lens of the eye and sometimes even the cornea. Topography-guided lasers, on the other hand, look at the surface of the cornea, and treat any corneal irregularities without affecting the lens or retina, reducing the potential for side effects. You can learn from Quigley Eye Specialists who are the professionals for a long time. Since the system maps the topography, basically the shape of the surface of the cornea, it can lead to a more precise job of resurfacing that part of the eye until it is smoothed into the correct shape. Since the majority of these abnormalities are based in the cornea, topography-guided methods of re-sculpting seem to be the obvious choice.

Some patients may benefit a great deal more from topography-guided treatment as opposed to wavefront. A patient newly developing a cataract getting a wavefront treatment would have changes to their eye based upon the lens, when the lens abnormalities should not be a part of the assessment. Any changes to the lens to remove the cataract would mean differences in the wavefront analysis. Topography-based treatments only focus on the cornea, and the lens would not be taken into account.
Patients with irregular corneas can particularly benefit from this newer form of LASIK. Their vision-related problems are entirely related to the topography of their corneas, meaning a process that smooths out these irregularities is extremely useful to them.

Topography-guided treatments may be of use in a number of different situations related to cornea abnormalities, including treating herpes simplex scarring, corneal scarring, neovascularization resulting from inflammatory disease, and irregular astigmatism. Until this point, corneal scarring could be trimmed a little. Now, the greater precision of this technology will allow an eye doctor to correct vision in circumstances that would have been impossible just a few short years ago.
Currently, doctors are looking at using topography-guided LASIK in treating hyperopia, as well, since topography can account for different angles than the older methods previously used. Preliminary findings show a higher level of efficacy than before in hyperopic treatment.

Recovering from topography-guided procedures tends to be very much like recovering from any other laser eye surgery, but with a few important differences for both doctors and patients to remember.
One consideration is contact lenses. Because contact lenses force the eye into a different shape, they alter the eye’s topography. Anyone in line to get topography-guided LASIK or any similar surgery will have to wait a certain period of time to allow the eye to assume its natural shape. This can be as long as a month for every ten years of wearing gas-permeable lenses, or as little as two weeks for soft lenses.
Patients with dry eye issues face other problems. In these cases, the eye needs to be treated with lubricants, antibiotics, anti-inflammatory drugs, and other such measures to ensure the cornea is healthy enough for the procedure.

In Europe, and other locations outside the United States, where topography-guided treatments have been in use for years, these methods of treatment are already being seen as a wonderful new tool for eye care specialists. Its precision over the usual wavefront treatments makes it that much easier to predict both the course of the surgery and any possible side effects.
Complex treatments are likely to become a bit simpler, including those treating people with vision difficulties due to abnormally-shaped corneas. Once, their main option was the use of gas-permeable contact lenses, but today, they have the potential to leave those lenses behind forever, thanks to topography-guided LASIK procedures.

**
Shariq Toor is Content Strategist who currently writes on behalf of the NJ LASIK specialists at EyeCare 20/20. He loves discovering the latest trends in Technology, Social Media, and Health. In his off time, he practices landscape photography and keep up with his favorite sports.