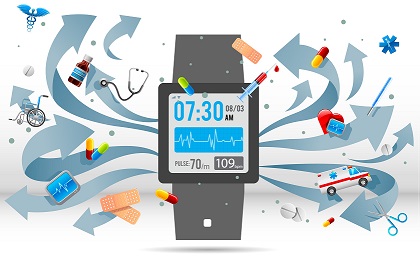 In 2004 Theodore Levitt wrote the article “Marketing Myopia”, which introduced the question “What business are you really in?” in the Harvard Business Review.  The article suggests that the reasons established industries of the past such as the railroad industry have failed are because these companies were product-oriented instead of customer-oriented, they believed that there was no competitive substitute for the industry’s major product and they did not know what business they were really in.   Levitt used the railroad industry as an example, the railroad companies thought that they were in the “railroad business” and not the “transportation business”.  Had railroad companies known that they were in the transportation business and thought about their customer instead of their product, they would have invented cars, planes, and trucks and would have not seen such a decline in growth.  In the early 2000’s Blockbuster could have bought Netflix for a mere $50 million dollars had they been customer-oriented instead of product-oriented.

Last week, March 16-18th 2015, I attended the American College of Healthcare Executives’ Congress on Healthcare Leadership in Chicago and discovered a hospital that was focused much more on the customer than on the product.  Curt Kretzinger, COO of Mosaic Life Care in Kansas City, Missouri said, “We are a Malcolm Baldrige Award Winner, we are highly reliable, we figured out how to do things very efficiently and effectively, and when we got done with all that, we said, now what, we are going to get replaced.”  Kretzinger understood that he was not just in the business of fixing patients in the hospital when they became ill, he was in the business of keeping a population healthy so that they would not have to go to the hospital.  He understood that this meant that many of his hospital beds would eventually be empty and he would therefore had to do what Blockbuster and the railroad industry failed to do. He had to disrupt his current business model.

Kretzinger said, “Healthcare is not the patient’s real problem, their real problem is their hopes, dreams and aspirations.  And because patients don’t meet their hopes, dreams and aspirations patients overeat, they don’t exercise, they are despondent and don’t take their medications.  The patient is then admitted to the hospital for a heart attack in about ten years.  People aren’t dying of heart attacks, they are dying of loneliness.  If we can address that, maybe we can change this whole thing”. Mosaic Life Care has an app, which alerts the life guides in the lobby that the patient is in the parking lot.  The life guide has an iPad which will show a picture of the patient that is about to enter the facility, which allows the life guide to greet the patient by name.  If the hospital is running ahead of schedule, hospital staff can text the patient and allow them to come to the appointment early if the patient is in the area.  When the patient arrives in the examination room, the temperature and the television station will be set to the patient’s preferences.  Mosaic Life Care has call centers and life guides that will teach people how to use the computer to access their health information and may even provide them with a computer or cellphone to do so.  He said a benefit of getting patients online was the ability to collect uncollectibles from patients because people were used to online bill payments.  Mosaic also uses their patient portal to participate in the Open Notes program, which allows patients to update their own records.

Mosaic Life Care’s patient centered medical home (PCMH) provides group visits for patients, because “patients help each other out a lot”, said Kretzinger.  The Life Center also has behavior specialists, which they call life guides because there is a psychological component to most diseases.  The center has financial counselors, wellness coaches, yoga classes, painting classes, education counselors, and cooking classes. The Life Center hosts a monthly dinner for all patients that have been diagnosed with cancer and their familes.  The dinner focuses on what the patients want to accomplish in the time that they have left.  Kretzinger said that the hospital has electronic visits, if a parent has a sick child at 4:00 AM, the parent have an e-visit with their child and someone can even deliver the medicine to the patient’s house.

I was so impressed with Kretzinger’s talk that I interviewed the CIO of Mosaic Life Care, Brennan Lehman to learn more about the information technology at the Life Center.  He said that Cerner is their backbone EMR system and the Mosaic Life Care app and the portal live on top of Cerner.  The patient can set their preferences for room temperature and television station in the portal, among many other individualized customizations.  Mosaic built an HIE on the Cerner platform, however it was difficult to get participants when the HIE was so closely tied to the Life Center.  Therefore, they started a consortium in Kansas City with an independent board and the HIE is one of the only non-government, non-grant-funded HIEs that is doing well.   Mosaic was the first Cerner hospital to utilize Cerner as an HIE and co-developed the HIE and patient index matching with Cerner.  The life center uses embedded workflows in their EHR for ambulatory care so that providers follow the same pathways.  Mosaic is working on a program where a patient could have an IV connected to a smart pump in their own home that would be connected to the hospital to allow a provider to change the amount and flow of medication in the IV.  Lehman said “We are looking at how we can create the smart home, everyone is talking about hospital smart rooms and smart clinics, but our whole model is shifting out to the patient’s home. “

Many hospitals are solely focused on meeting meaningful use and other quality measures, which is great, however that is just the product.  Hospitals can get so tied up in measuring and perfecting hospital room waiting times, ER utilizations and re-admission rates that they forget that the customer; the patient does not even want to be in the hospital in the first place.